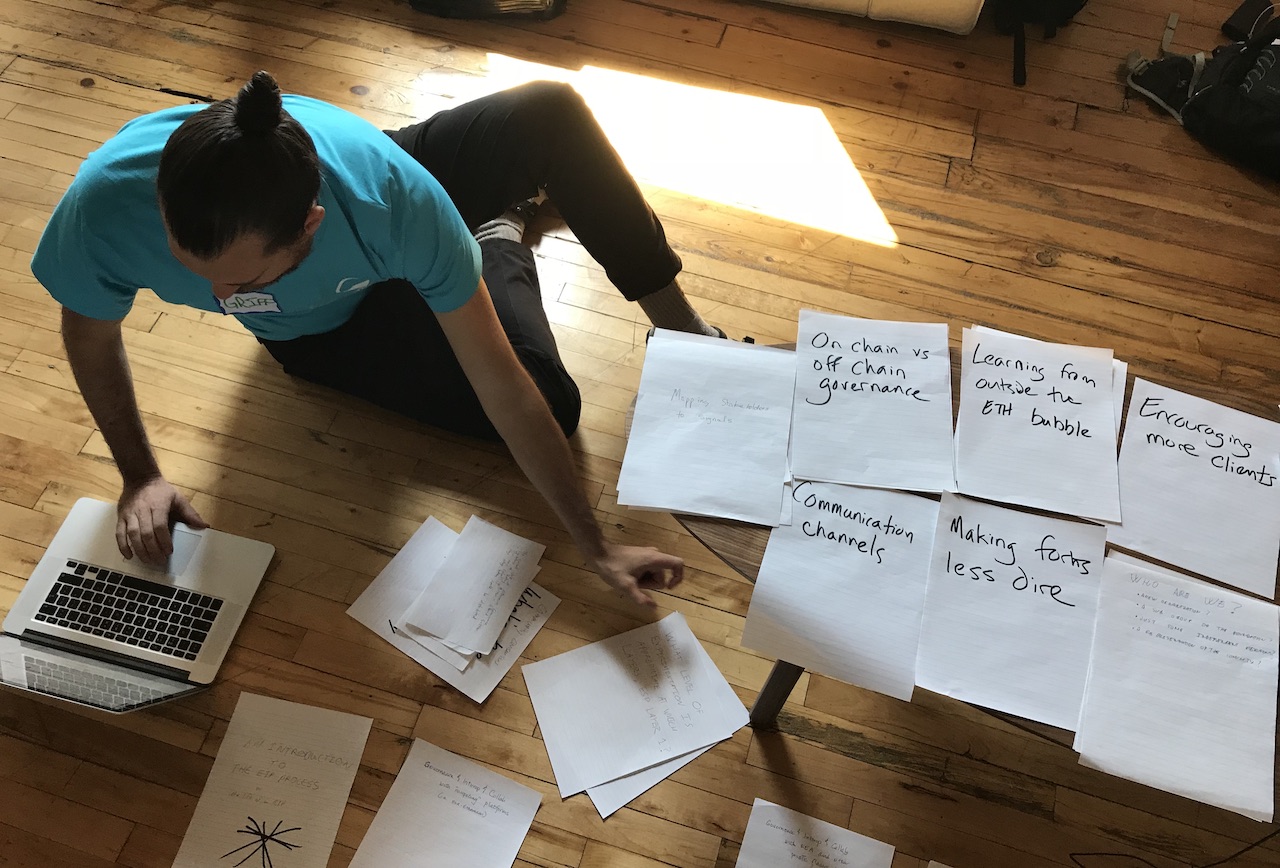 As it turns out, defining constitution is pretty hard. At the #EIP0 summit, 2018. Photo by the author.

Just as a blockchain without a community is really just a database, a community without a constitution isn’t a community at all, it’s just an unaffiliated, unallied bunch of people who happen to be in the room together for the moment. Constitution is the soul of the community: it’s what gives a community its coherence, affinity, and energy: the ability to unite behind a common cause, weather storms of fortune, and achieve great things together.

In this context, constitution refers to “a body of fundamental principles” upon which a project is conceived, founded, operated, and governed. Whether or not those fundamental principles are recorded in a single document, such as a manifesto or written constitution, is just one question of many. Constitution may also include ethos, values, mission, goals, narrative, vision, or other fundamental ideas, written or unwritten, explicit or implicit. It’s all of the fundamental principles upon which the culture of a community is built: in other words, the social fabric. As with all forms of culture, it’s critical to get these things right from inception because culture is notoriously difficult to change later.

Constitution is not just about what you say, it’s as much about how you say it. Marketing is not one of the topics listed here because it’s a manifestation of culture, and cannot be used to define culture or constitution. The very best projects invest little to nothing in marketing because their narrative, a direct product of culture, is so compelling that it speaks for itself (think of Bitcoin).

Unsurprisingly, Constitution is closely related to Governance, the next topic in the series.