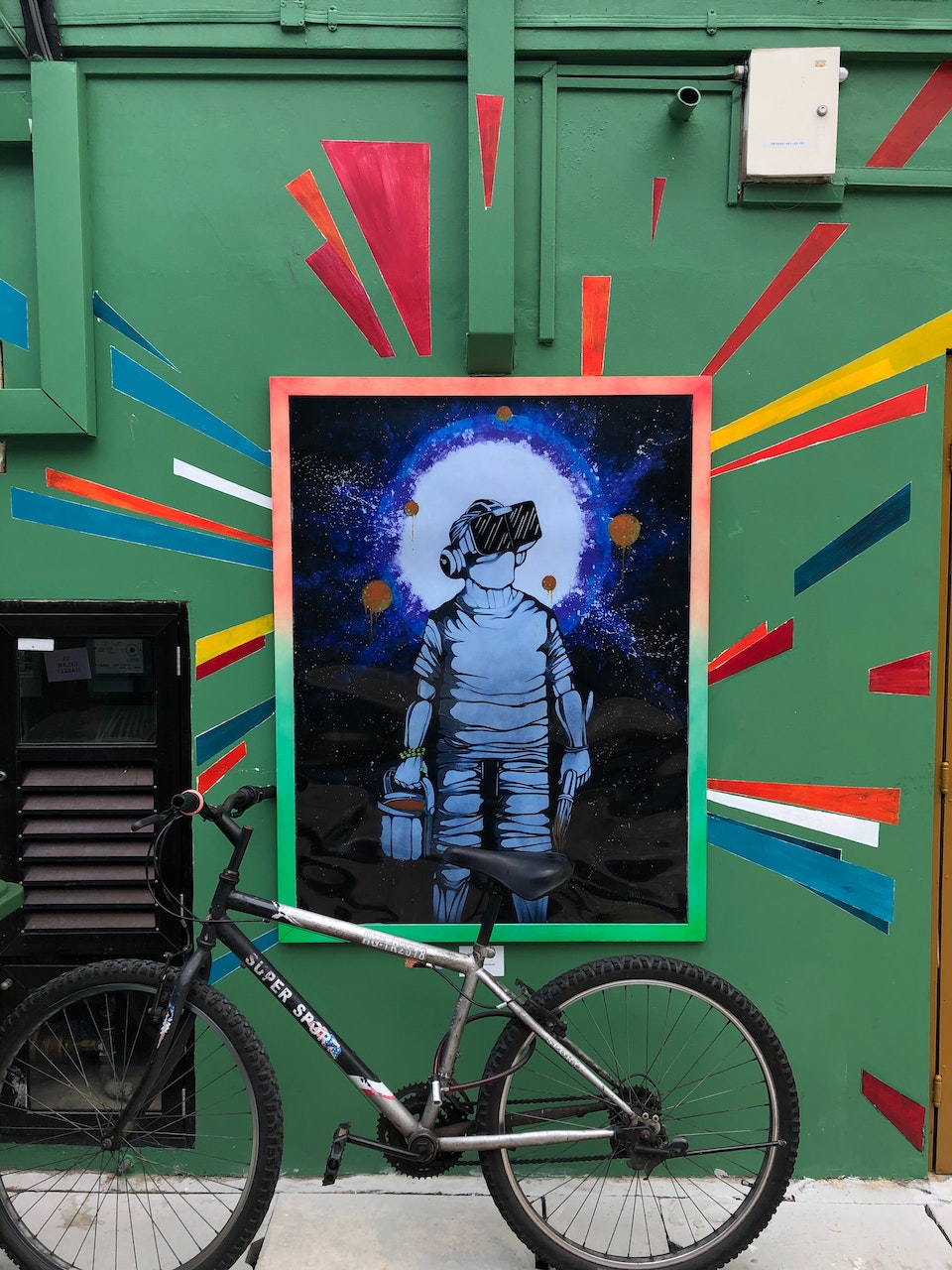 For many people, the contrast between our local, analog lives and our global, digital lives is already the source of no small amount of cognitive dissonance. This is only bound to increase as these trends pick up pace. (Photo by Vishal Vasnani on Unsplash)

Humanity faces a number of huge challenges that must be addressed over the next generation. These include increasing inequality, the rise of populism, growing dissatisfaction with democracy and capitalism, climate change, and balancing individual rights and social cohesion. None of these challenges are new. What’s new is the pace and scale of change. Since the first tribe that chopped trees for firewood, humans have had an impact on the environment, but never fast enough or at a large enough scale to cause permanent damage or affect all other humans—until now. Two trends, both the product of modern technology, are to blame for this.

The first trend is globalization: on average people everywhere are paying less attention to the things happening in their local communities and more attention to things happening at the macro level: state, national, and international. The second trend is digitization: on average people everywhere are paying less attention to things happening in the tangible, flesh-and-blood, brick-and-mortar world and more attention to digital worlds. Both of these trends have been exacerbated recently by the Covid-19 pandemic. Even those who tend to ignore global issues and prefer to focus on local ones can’t ignore the pandemic, which is by its very nature a global issue as viruses don’t respect political boundaries. And during the pandemic, of course, most of us have been spending a lot more time online.

Neither globalization nor digitization is necessarily bad, and both have positive aspects. Regarding globalization, a marginal hour spent considering and debating climate change (which also doesn’t respect political boundaries) is arguably of greater global social value than a marginal hour spent thinking about where to build a local park. And regarding digitization, exploring digital worlds can bring a great deal of joy and excitement and can expose one to a wealth of information and new perspectives. Also, digital worlds offer new ways of interacting and communicating, and of entirely new sorts of business and markets that can create a lot of value. But each trend also has a dark side.

The challenge of globalism is that it comes at the expense of local politics. If everyone is focused on big-picture, national and international issues, who makes sure that the roads are paved and the schools are funded? The United States is an especially obvious and disturbing example of what happens when politics becomes nationalized and professionalized. Over the last few decades and the last several generations, the country has seen an unprecedented hollowing out of local, civic institutions, from PTA groups to churches to bowling leagues. Compared to local politics, politics at the national level has always been relatively distant and brutish, and in recent generations it has been captured by large, professionalized interest groups and lobbyists. This used to be balanced by more resilient, friendly, local politics that lent credence, trust, and social capital to national politics and to American institutions and democracy in general, but this trust is evaporating as rapidly as these local institutions are vanishing.

The challenge of digitalism is that we have no clue how to translate the institutions that have served us well in the offline world into online spaces: things like democracy, free speech, property law, and rule of law. We have no clue what digital civic society is supposed to look like. How do netizens vote when they’re pseudonymous or their identities are managed by Facebook and Google, and digital spaces are ill-defined and full of sock puppets and Sybils? How do we ensure freedom of speech and meaningful civic engagement among people who disagree when individuals and communities regularly ban and block one another, when unaccountable private companies regularly engage in arbitrary censorship, and when there is anyway no enforcement mechanism? How does property law work when property is digital, intangible, and not scarce nor excludable? How do we enforce rule of law when digital jurisdictions overlap or don’t exist at all, when identities aren’t known, and when, again, there is no enforcement mechanism? As a result of all of this, online spaces tend to be disorganized, unruly, and chaotic, truly the wild west.

Early Internet pioneers tended to emphasize personal freedom at the expense of ideas such as rule of law and civil engagement, a tradition inherited by the blockchain community. In 2018 at the passing of the visionary founder of the EFF and author of the Declaration of Independence of Cyberspace, John Perry Barlow, one commentator who had worked with Barlow described his vision as incomplete:

I can’t help but ask what might have happened had the pioneers of the open web given us a different vision—one that paired the insistence that we must defend cyberspace with a concern for justice, human rights, and open creativity, and not primarily personal liberty. What kind of internet would we have today?

Barlow gave cyberspace a Declaration of Independence, but he did not give it a Constitution.

As troubling as each of these trends is independently, it’s their intersection that I find especially disturbing. Like it or not, we’re hurtling towards a global, digital world order, one that we have no clue how to structure or govern. In response I see three possible paths.

The first path is traditionalist. It would mean attempting to slow or stop these trends and instead clinging to a more familiar world order that we have some idea how to manage. Those who choose to walk this path could restrict themselves to only certain technologies and live in certain, sheltered places where they feel safe and in control, largely cut off from modern, digital society. In so doing they would be following in the footsteps of the Amish, who severely restrict their use of modern technologies to those that uphold their traditional family and community values. A more extreme version of this path is reactionary, seeking not only to slow these trends but indeed to reverse them. Those who choose to walk this path are the neo-Luddites, those who eschew connected, digital life entirely. Either of these paths would mean building stronger bridges with local communities and spending less time online. They would mean doubling down on existing institutions, outmoded and fraying as they may be.

Opposing globalization and digitization would entail severe pushback from the wealthy, powerful companies, lobby groups, and others that benefit from the new world order: Google, Amazon, and Facebook, yes, but also Wall Street, venture capitalists, academics, law firms, accountants, consultants, and anyone invested in the global supply chain, including China and other modern industrial countries. In any case, this path does not sound realistic to me because I genuinely don’t think these trends can be reversed or even stopped. Small, insular communities can isolate themselves from technology to some degree but society at large cannot.

The second path is anarchistic. It would mean resigning ourselves to chaos and disorder in digital spaces. It would mean giving up any pretense of trying to enforce existing regimes in digital spaces, and giving up trying to translate existing institutions, such as democracy and rule of law, into the digital realm. Those who find such a future unappealing can take solace in the fact that, by their very nature, chaotic digital worlds aren’t in a position to challenge the existing, offline world order—yet.

The third path is progressive. It’s the most difficult, but also the most exciting. It would mean radically rethinking the current world order, the structure of society, and our existing set of institutions, and building a new digital order, one that is hopefully more just than the existing world order. While it would certainly inherit much of what works well in the offline order—property law (enforceable through cryptography and digital scarcity) and art come to mind—in all likelihood it would resemble the offline world only superficially. Identity, in particular, is a concept that we need to radically rethink in the digital realm, anchored as it is in outmoded ideas like centralized ledgers maintained by governments with jurisdiction over scarce physical territory. Reimagining identity necessarily means reimagining every institution that depends on it, starting with democracy.

Much of the political, social, and economic tension we’re facing today stems directly or indirectly from the challenges of globalization, digitization, and the growing inequalities that these trends are exacerbating. The first path is the one promoted by populists like Donald Trump, who decided to withdraw from global institutions like the WHO and who promises to “bring back coal” (he hasn’t). By contrast, the third path is the one favored by elites everywhere for whom digitization and globalization are already second nature. This is the minority that stands to gain the most from these trends, as they’re fortunate enough to have the wherewithal, training, and social capital required to take advantage of them.

Regardless of where you stand, the fact remains that globalization and digitization are probably unstoppable and irreversible. On a local and temporary basis progress can be slowed or possibly even halted, but the long-term, large-scale trends cannot. Even if one nation were to opt out of a digital future, the rest of the world would move forward without them. The potential upside is simply too great, the possibilities too alluring not to try.

Over the years, science fiction authors have given us glimpses of what this future might look like. Whether we end up somewhere that more closely resembles the dystopian, cyberpunk, post-apocalyptic cityscapes of William Gibson, Neal Stephenson, and Ernest Cline, or the utopian, harmonic, post-scarcity paradises of Star Trek or Iain M. Banks’s Culture series is entirely up to us. As rapidly as things are changing, we’re still in the early phases of this transition, so we still have some time to figure things out. In terms of importance, however, I’d put this question right up there with climate change, since if we can’t answer it soon we’ll destroy ourselves before Mother Nature does the job for us.

As we look for answers, a good starting point is redefining civic engagement for a more global, more digital future. What does “local” mean in a connected, digital world? If “local” no longer applies, where do we start to structure a new civil society? What do digital constituencies look like, and how do their members find one another and communicate their preferences? What does a digital social contract look like? In a global, digital society, how do disparate groups come together and find shared values and interests? How do they express themselves? How do we ensure freedom of expression and a liberal marketplace of ideas, even if we cannot bring liberal democracy with us whole cloth? How do we collectively avoid a Hobbesian state of nature in the digital realm?

All of these questions are deeply important and interesting, and none of them has an easy answer. I intend to think long and hard about them in the coming days and weeks, and to turn to those who have been thinking about them much longer than I have for guidance. I hope to share what I learn here and elsewhere.

I’m curious to hear your thoughts, too! Which path do you think we should pursue? Are there other possibilities I’ve failed to mention? What other questions should we consider? Please share your thoughts and ideas in the comments and on the forum.